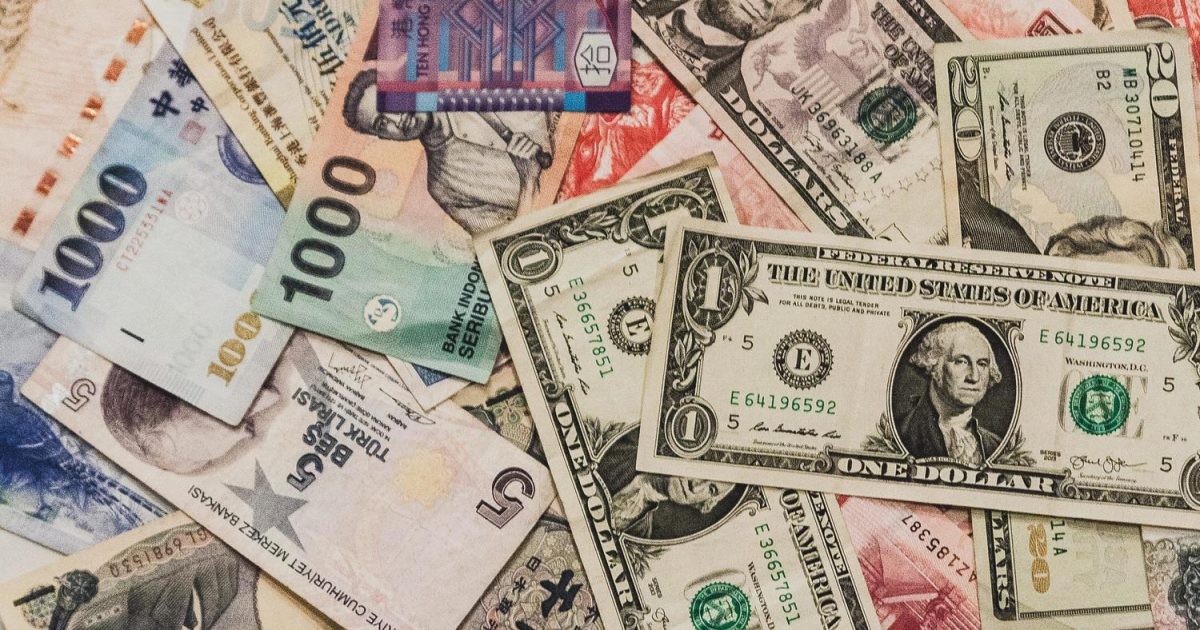 Entrepreneurs are different from the past and now. That can be said of the following.

In the past, inventor (idea creator) could not become an entrepreneur. I explain the value to the asset owner and asked me to invest, and gathered the funds. Therefore, entrepreneurs were also wealthy people.

Currently, In the digital world on a personal computer, the inventor and the entrepreneur are the same . The reason for this is that initial investment for software creation etc can be low, so we can operate early with inventor’s own funds. Software is not actually present in the real world, because of the products of the digital world.

From now on, it is gradually becoming commonly accepted, but if you use the digital world on a personal computer well for products in the world with real substances, it is becoming possible to start a business without funds I will. For that reason, it was easy for inventors and entrepreneurs to become the same easily in the past, even though inventors and entrepreneurs could not be readily made up in the past. As a result, barriers to entry of entrepreneurs have decreased. The tool for that is cloud founding . 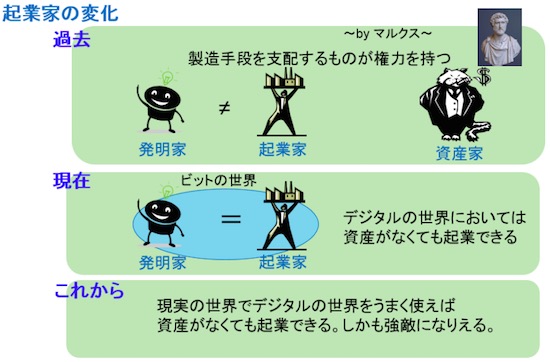 I explained that in the item of “Change in Entrepreneur”, if we can successfully use the digital world on PC even for products in the world with real substances, we can start a business even without funds did. Cloud founding is the tool for that, but I will explain it.

What is Cloud Founding?

A brief explanation of cloud facing is It is funded by multiple people using the Internet . However, in fund raising for cloud facing, there are advantages as follows. 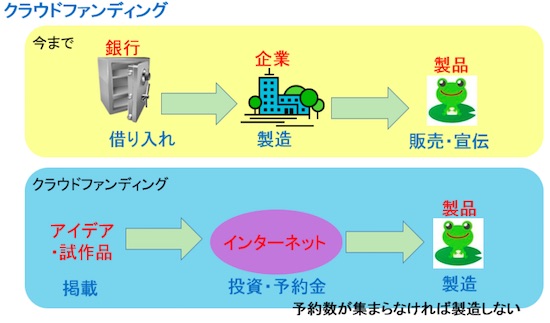 Regular fundraising will borrow money from banks and stakeholders, manufacture and advertise and sell. However, in the case of cloud facing, we usually publish ideas and prototypes on the Internet and manufacture after financing. In this case, we will not manufacture if we do not reach the target amount by funding. In addition, this fund procurement has almost the meaning of product reservation money and can grasp the number of production. There are other merits that you can advertise first. So the risk is very low. In terms of entrepreneurship, you can also think as a small batch .

I will give Pebble Watch as a famous example of cloud facing. In 2012 we solicited investment at cloud facing site Kickstarter.

Although it is a smart watch, it was not the world’s first smart watch. However, it was able to be compatible with both iPhone and Android, and it was even cheaper · Waterproof specifications and other groundbreaking things also resulted in 2 hours after announcing the target price of 100,000 dollars.
After three weeks of announcement I exceeded $ 10 million. 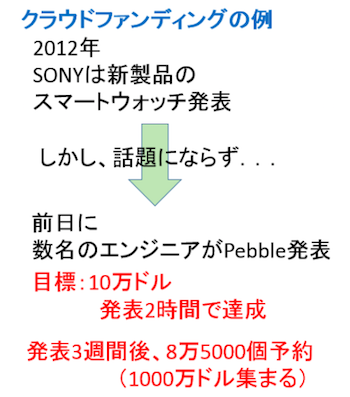 Originally a product launched with a few engineers, it has become so big. It can be said that the example of fund raising and promotion was done at the same time in cloud facing. Pebble Watch’s latest model “Pebble Time” financing raised more than $ 20 million.

I will give you an example of a cloud facing site so please take a look if you are interested.

There are many others, so please try looking.

Small batch is Reducing the size of the batch (task / execution content) and moving the smaller batch . It is one of the efficient ways to fix to the original way by reducing the batch and repeating it many times. In lean startup which is one of entrepreneurial methods, there is a method of specifying the concept of small batch and modifying entrepreneurs while correcting the original way.

The concept of small batch in cloud facing can speed up and reduce the workload by reducing the batch of financing in entrepreneurship. The risk is also small, making correction easy.


Reduce the batch of financing in entrepreneurs

Entry barriers for entering more and more are decreasing. Is not it time to embody individual ideas themselves and put them out to the world?